This is the place for all Soccer games played in the NDL.
Post Reply
2997 posts

I love it too. Anymore I’ll watch soccer before I’ll watch basketball. I’m pretty sure my Indiana citizenship has been revoked due to that. I can’t play FIFA anymore though. It’s just too frustrating and would ruin my day at times.

I am trying to get Esports started at my school. There is an Indiana Esports network in which schools compete. One of the games they play is FIFA…. 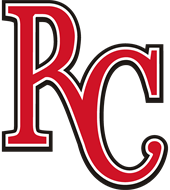 LetsGoPeay wrote: ↑
Sat May 07, 2022 7:47 am
I am trying to get Esports started at my school. There is an Indiana Esports network in which schools compete. One of the games they play is FIFA….

Our state just adopted eSports too. Try to get our CTE program to buy computers and consoles to get us going LetsGoPeay wrote: ↑
Sat May 07, 2022 7:47 am
I am trying to get Esports started at my school. There is an Indiana Esports network in which schools compete. One of the games they play is FIFA….

Our state just adopted eSports too. Try to get our CTE program to buy computers and consoles to get us going

We’ve already got the computer lab for it. The two main games they play are League of Legends and Rocket League which are both free so we’re pretty much set. I just need to get it board approved so I can some coaches/sponsors and pay them. We may get a couple Switches too so we can compete in Super Smash Brothers. 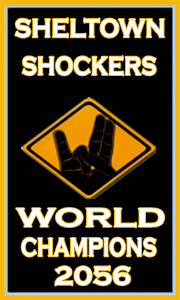 DRiccio21 wrote: ↑
Thu May 05, 2022 7:50 am
Man City loss was so bad yesterday… par for the course in their typical champions league efforts

I guess I'm a soccer fan now as I have 2 TVs going watching both matches, this is very entertaining.
Top

Since I posted that 9 minutes ago, Man City scored 3 goals 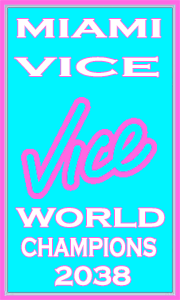 That last goal was filthy

Erling Haaland to Man City... going to be watching a lot of City football. Dude has legend potential at the front of that attack and it's a club he wants to be at. Could be a 10yr kind of run.
PSN: ReignOnU
Top

I watched a video on the signing. The lengths Man City went to sign him was pretty wild. They had meetings since last year, had a secret money pool forming for signing him.

(Can’t link on mobile for shit)

What’s funny is Haalands agent lied about his release clause fee. It was much lower than ppl thought.

One of the major reasons was Pep has the ability to rest Haaland and deal with potential backlash and at Real they would of made him play every game. And it worked.

Bigger signing is Nunez to Liverpool but that’s another story. I just lost him in my football manager sim to Bayern

Yeah, Nunez seems like a faster version of 2 other Uruguayan stars Cavani and Chomper, sorry, Suarez. He's a great fit for Klopp's system, but not sure how Jota fits into the picture with him. With Haaland, he seems like the perfect piece to fit into that team puzzle. Either way, sucks for the rest of the PL because those 2 teams are going to be battling it out at the top for the next 5+ years.
PSN: ReignOnU
Top

That was some of the most fun I've ever had playing video games.

World Cup is going to be very interesting. The Elo Ratings (which are usually a better metric than FIFA's) have Wales, USA, and Iran ranked 23-25th as of today, in that order. Getting Wales in the first match (their first in the WC in decades) will make things a bit trickier as well, than if we'd gotten them later.

The best part of all this is that I'd already booked my trip to England before the draw. I land in London Thanksgiving night, and the USMNT plays the Brits the next day. It's going to be fun watching their fans melt down in person when they lose